Before and Now Seems Infinite 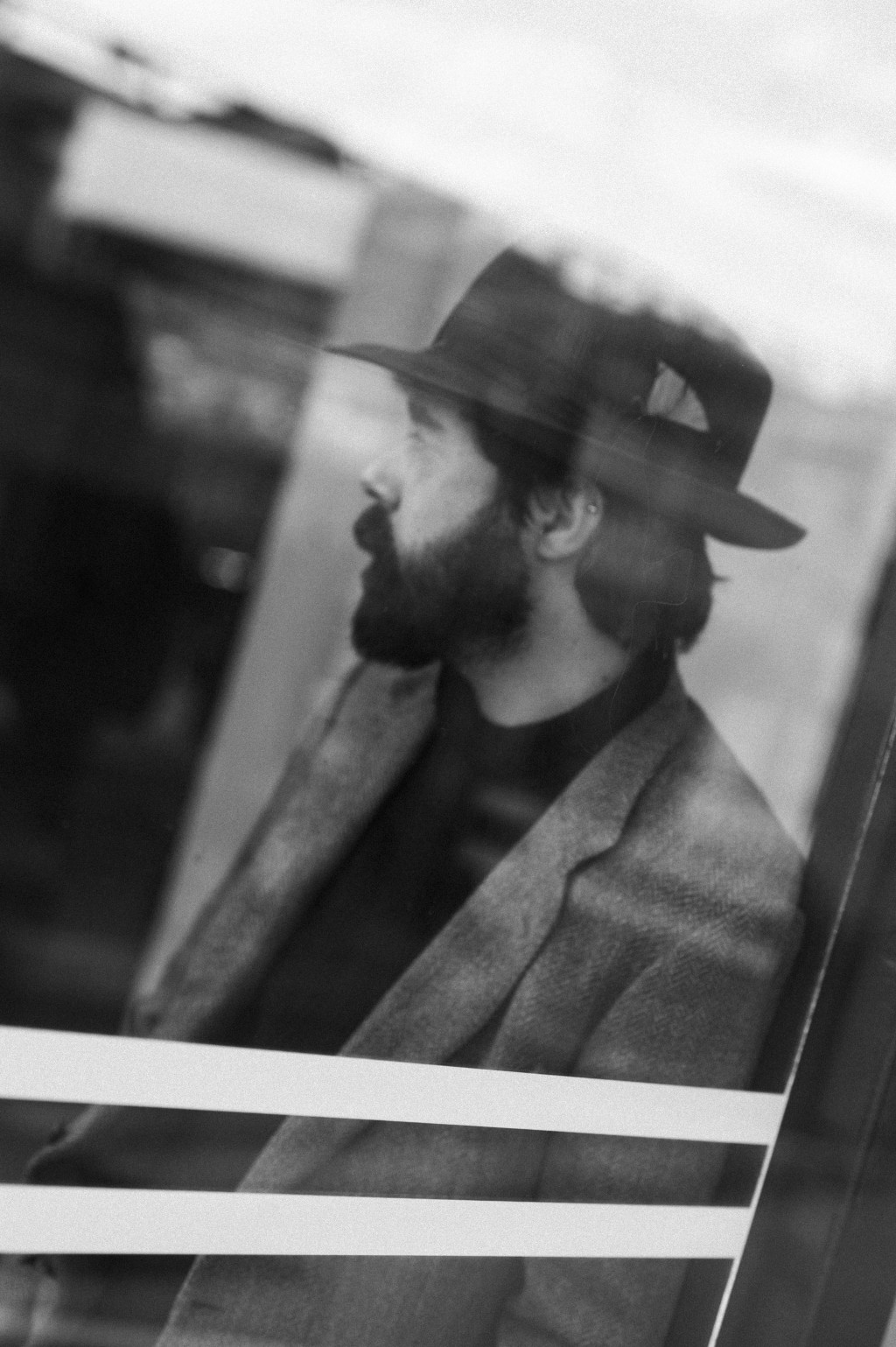 Federico Albanese is an Italian composer, pianist and music producer.

His musical versatility is a natural gift that pushes him to explore music in all its facets. Albanese’s compositions are airy and cinematic, blending classical music, pop and psychedelia.

In 2020 Albanese has signed to Mercury KX, Decca's genre-defying, multi-disciplinary imprint, home to composers and innovative musicians such as Anoushka Shankar, Ólafur Arnalds and Keaton Henson.

Federico's new album entitled "Before and Now Seems Infinte" will be released on Mercury KX on February 25, 2022.

When Federico Albanese was just two years old, a local music store owner told his mother that her son had a gift for music. Give him a musical education, the man said, and he will excel. Albanese’s mother duly obliged, taking her son for piano lessons in Milan from the age of six, every day after school and every Sunday to watch the weekly rehearsals of the city’s orchestra.

It wasn't until many years later, in 2014, that the Italian composer would release his debut album as a solo pianist (The Houseboat and the Moon). His cinematic instrumental tracks, blending contemporary classical, pop, and electronic ambience, struck an instant chord for their airy, meditative beauty. Three gorgeous albums later, and Albanese has signed to Mercury KX, Decca's genre-defying, multi-disciplinary imprint, home to composers and innovative musicians such as Anoushka Shankar, Ólafur Arnalds and Keaton Henson.

It’s the perfect fit, not least because Albanese had already performed with several of the acts on the Mercury KX roster including Lambert, Sophie Hutchings and Arnalds, with whom he played one of the first performances of his solo-piano career, at the Norfolk & Norwich festival in 2015.

Albanese’s first two piano releases " The Houseboat and the Moon" (Denovali Records, 2014) and "The Blur Hour" (Neue Meister, 2016), were concept albums focused on specific themes, while his last one, 2018’s "By the Deep Sea" (Neue Meister) was “more like an inner space”, a personal reflection on himself. “I found that over the years music serves as a vehicle to let go of certain emotions and deep things – it could be a good thing as well like this Lantern song – but sometimes it's something difficult to express and process. You let it flow and then it's gone.”

While some musicians embark on an ever-evolving quest for a new sound, Albanese’s journey has been more extensive than most. After an early childhood playing piano, the next stop on Albanese’s musical journey was jazz. Inspired by a Woody Allen film, his father gave the young teenager a clarinet, and booked him lessons. ”At 13 or 14, I preferred to go to a Green Day concert, but anyway, I picked up the clarinet instrument and I loved it”, Albanese says.

Next came the bass guitar, because he wanted to play in a punk rock band. In addition to playing in several rock bands, he and his friends were listening to new age music of the late 90s, from Brian Eno to William Basinski. Religiously he bought the monthly New Age magazine, devouring its accompanying CD compilation.

“We would go and search for the most unknown stuff that was out there,” he recalls. “Somehow I think this absurd music was feeding my musical journey. And then at some point I just said, ‘Ok, now I’m going to put all this stuff together from the very first piano lessons to the jazz, the punk rock and the new age’, and then everything went along together somehow. And that's what I'm doing now.”

There was also a musical project with his long-term partner Jessica Einaudi (also the mother of his two children), La Blanche Alchimie, with whom he released 2 albums. As the pair sought out an intimate sound, he found himself playing the piano once again. “And then I started to have this impulse to write music.”

All of these musical interests have combined to influence his genre-fusing piano soundscapes, which also incorporate guitar, bass, violin and electronica. So it’s no surprise that Albanese’s influences are as wide-ranging to include folk, electronica, modern and contemporary classical music; he cites Edith Piaf, Miles Davis, Captain Beefheart, Robert Wyatt, Traffic and Television as a few favourites.

“No modern music has ever influenced me,” asserts Albanese. “My inspiration has always come from things from the past that sometimes have nothing to do with instrumental music at all. Television’s Marquee Moon I think is probably the best record of all time. When I’m stuck on something, I listen to these guys who did marvellous things without thinking too much, like the krautrock band Can or Faust. They were pushing boundaries, doing things that nobody else was doing. That's what drives me. That's what I try to do, and that's why that attitude is so important to me.”

If there’s a thread that runs throughout all of Albanese’s music, it’s a certain indie/punk attitude” – and that is what he shares with these inspirations before him. “It's more the attitude that I put towards things rather than musical influence“.

That attitude means he will always push himself out of his comfort zone, stretching himself beyond anything he’s done before. After all, what he enjoys in other music is “something is out of the ordinary, something surprising. With By the Deep Sea, I tried to reach a level of uncertainty. My main goal is to not repeat myself, and to push myself. And I think that's what everybody should do regardless of what genre or type of work they do. Even if it doesn't sound right, it's interesting.”

Born in Italy in 1982, Albanese moved to Berlin for the vibrant music scene. While he was still studying philosophy in Italy, fascinated by the world of film – his second love to music – he started a five-year job as a prop man on several sets. This first-hand experience made him appreciate the power of the connection between music and visuals and helped him to develop his own musical path, and the insight into the creative side of the film business is now proving invaluable for his soundtrack composing.

Albanese has scored advertisements, television and films including last year’s feature length documentary The Twelve, about spiritual traditions through the perspectives of 12 elders from 12 communities around the world, and an upcoming documentary for French television. The Twelve allowed him to push himself once again, as he composed using instruments from where the elders originated from.

“When I now do music for films, I know what it means to film something and to be in an editing room,” says Albanese. “Working in film music can be extremely stressful and challenging, music is also often the last thing producers and directors think about. Having worked on the actual cinema machine allows me to understand more and not get stressed out.”

While the world becomes ever noisier, with constant bombardment from social media and an influx of things to worry us on a 24-hour basis, Albanese’s evocative music creates a much-needed space to listen and be peaceful.

“I try to focus on being silent as much as I can,” explains Albanese. “When I write a piece of music, the quietness is a fundamental part of my creative process. It's very noisy in our heads. I'm receiving so many messages from people saying ‘I never enjoyed your music so much as now and it's really cleared my head from all the bad thoughts’.”

Next on Albanese’s agenda is a new album due for release on Mercury KX in 2021. Looking back to his childhood, he chuckles that he never dreamed that music would become his career. “But you know, something clicked and then I figured it out. Because when I was in high school, I always wanted to play in the band; I was the I always wanted to do the concert at the end of the year; I was the one putting together posters. Yet I never thought that would be my career.” 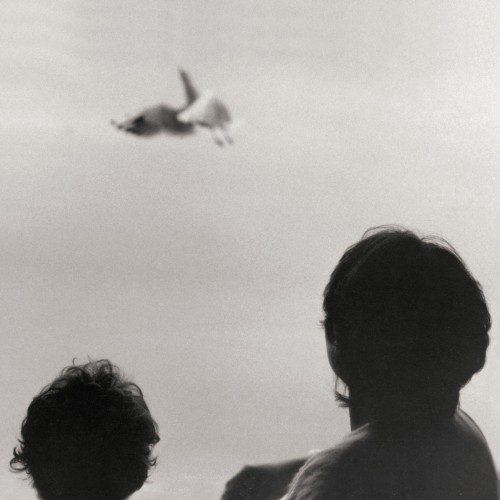 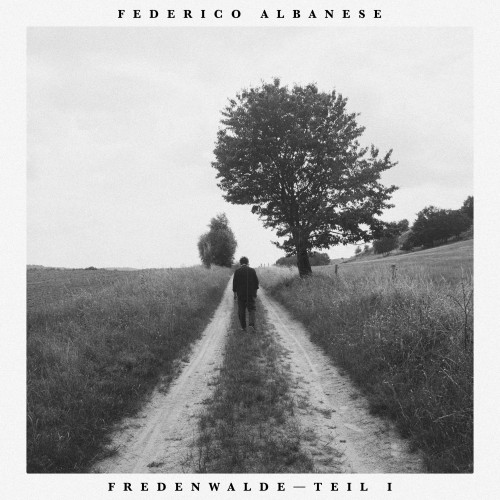 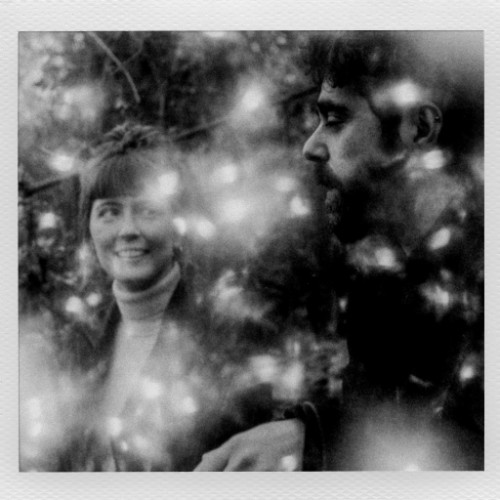 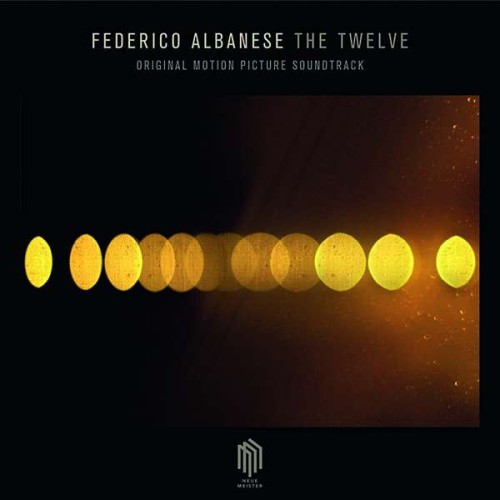 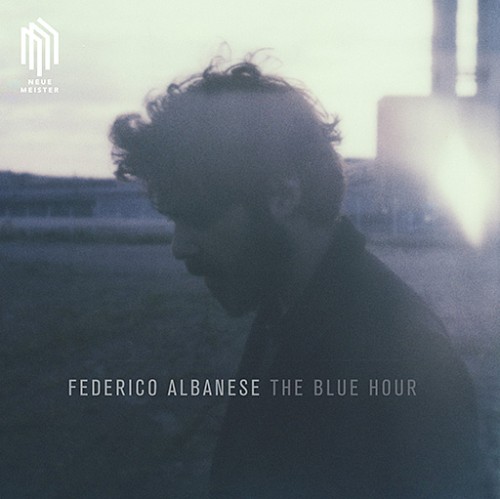 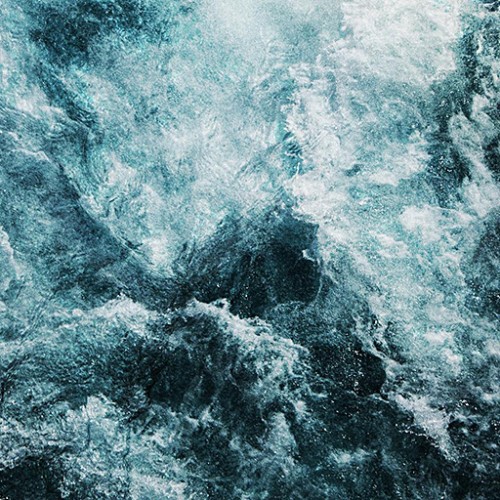 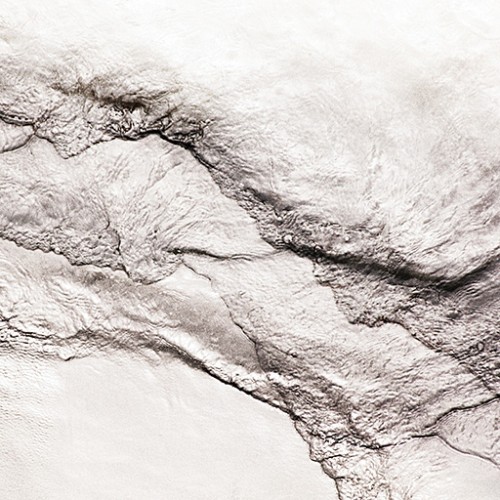 The Houseboat and the Moon
12”/ Digital
Buy / Stream
Tour 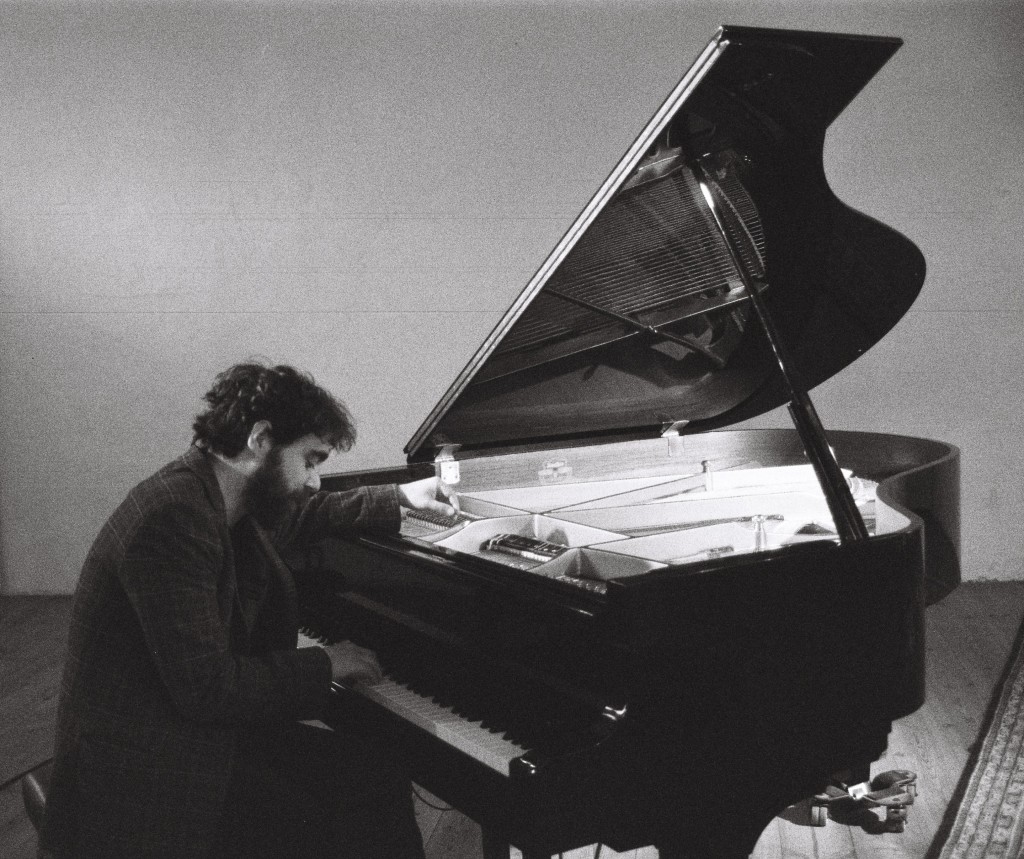 Thirs Single from "Before and Now Seems Infinite". Directed by Marco Jeannin. Performance by Giulia Russo

Second single from forthcoming album "Before and Now Seems Infinite" out on Feb. 25, 2022

Before and Now Seems Infinite Trailer - The Quiet Man

From forthcoming album "Before And Now Seems Infinite" out on February 25, 2022 via Mercury KX

Silenzio is part of the forthcoming EP Fredenwalde – Teil I.

By The Deep Sea "The Story Behind" 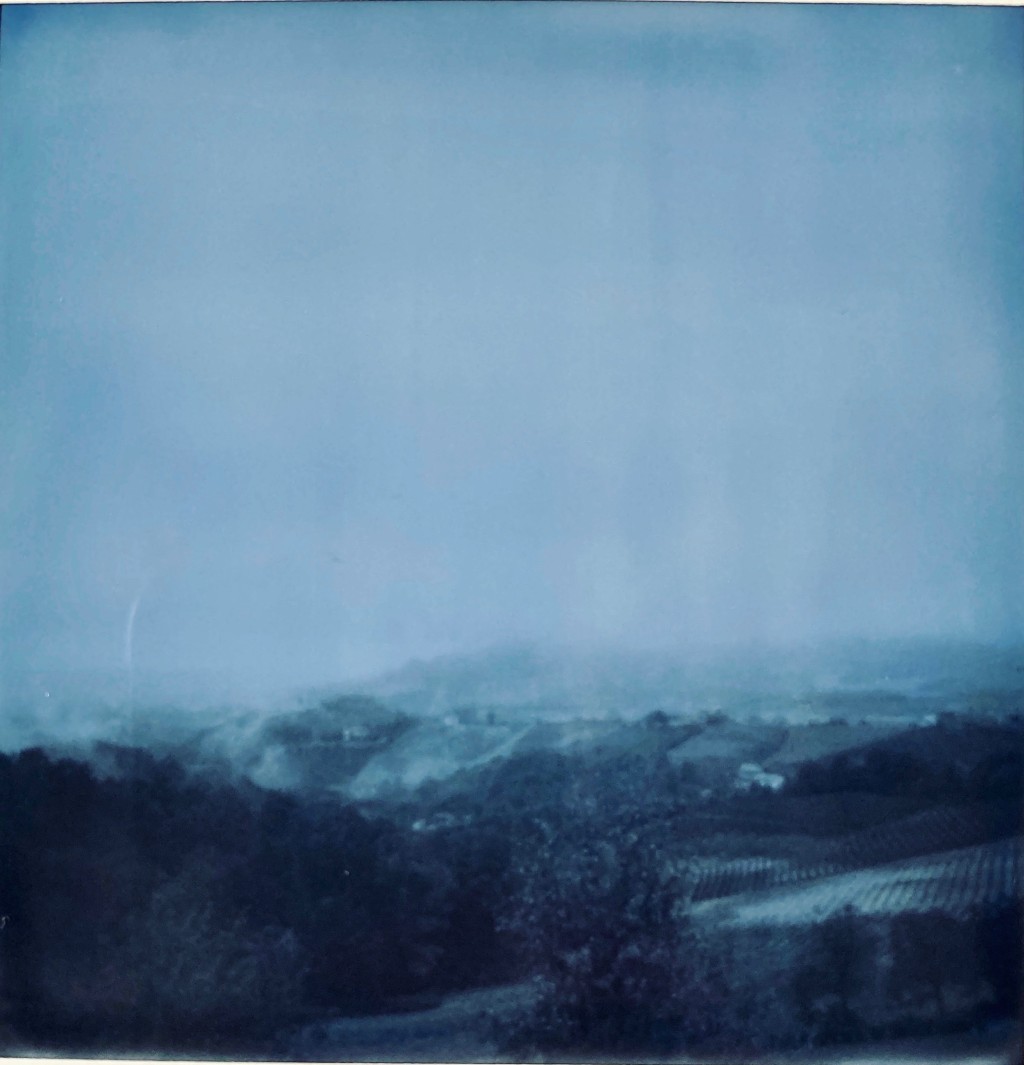